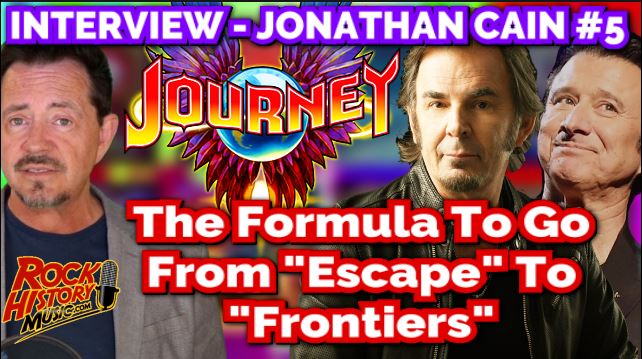 INTERVIEW: Jonathan Cain – How Journey Followed Up “Escape” with “Frontiers”

The Greatest Hits album has sold well over 20 Million worldwide but the big studio album was of courser “Escape” (so far it has sold 12.2 million worldwide) Cain’s first with the band. We asked him about the transition from “Escape” in 1981 to “Frontiers” two years later. In some ways Frontiers was his sophomore album with the band

We also asked Cain, “If someone whispered in you ear that in your late 60’s you done so much and written your memoir would you have believed them?”

…and how he felt Joining Journey after The Babies how did that feel? – by John Beaudin