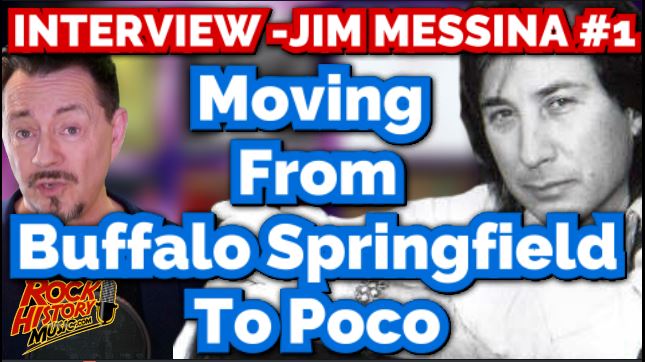 Jim Messina Remembers The Switch from Buffalo Springfield to Poco

Jim Messina is no ordinary musicians in fact being an artist is just part of what he does. He picked up the guitar at five, worked hard on his craft and by his teens he caught the bug to produce which lead him into the last incarnation of Buffalo Springfield along with Stephen Stills and Neil Young who would go on to CSNY and Richie Furay who along with Messina and Rusty Young, who guested on Buffalo Springfield’s last album, formed Poco. They were the first wave of west coast Country Rock. That was three years before the Eagles. Interestingly the original version of Poco would include a future member of the Eagles – Randy Meisner. Jim Messina would perform and produce the first two studio albums and a live project for Poco. Messina could write a book on life’s unexpected turns. Having left Poco to get off the road and produce he got his his wish and more than he’d bargained for. It was chance to produce a new up and coming artist named Kenny Loggins. The problem was he wasn’t completely ready for that next big step so Messina served as a guiding force behind the scene that had his roll grow with each visit to the studio. Ultimately the pair saw it safer to go at it as a duo.

Here is part one of our conversation with the great Jim Messina.

Jim Messina is doing shows this year right up to November. Go to Jim Messina.com for details. We’ll have more of our conversation with Jim in one week. – by John Beaudin