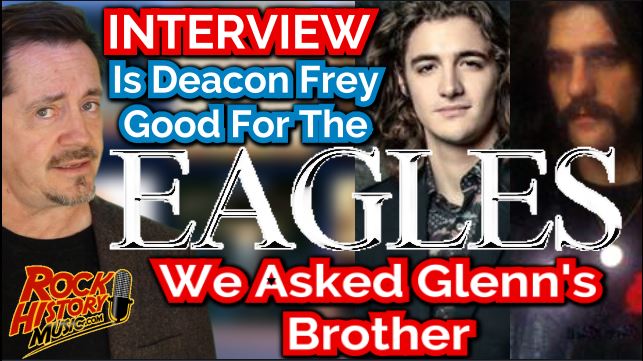 After Glenn Frey died in January 18, 2016 it looked like the Eagles were done but the late rocker has had a few important fill-ins. First Vince Gill and Frey’s own son Deacon. On our final clip with Glenn Frey’s brother Alan we asked him about that fit? (Clip 11)

Alan did spend time on the road with the Eagles but the brothers thought it best to find their own way.(Clip 009)

We will have more of our exclusive interview with Alan Frey, younger brother to Glenn Frey of the Eagles.

Also check out my exclusive interview with former Eagle Randy Meisner on this channel. There will be links in the description of this video. – by John Beaudin