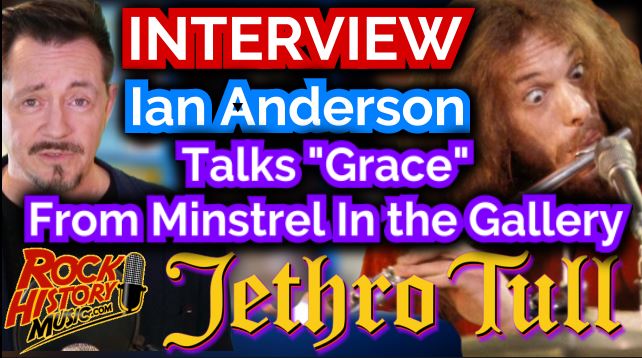 “Thick As A Brick” is this monumental single piece that was split in two for the vinyl era. It’s over 43 minutes and it’s a journey. It went to #1 in the U.S. and #5 in the U.K. That was 1972. It’s Jethro Tull’s longest song but when I talked to Ian Anderson I thought of asking about their shortest studio track that was released almost 3 years later. “Minstrel in the Gallery” contains one of the groups most beautiful songs. It clocks in at 37 seconds. “Grace” even though it’s so short it remains, after all these years one of my favorite Jethro Tull songs. I asked Ian Anderson about the tune. (Clip 008)