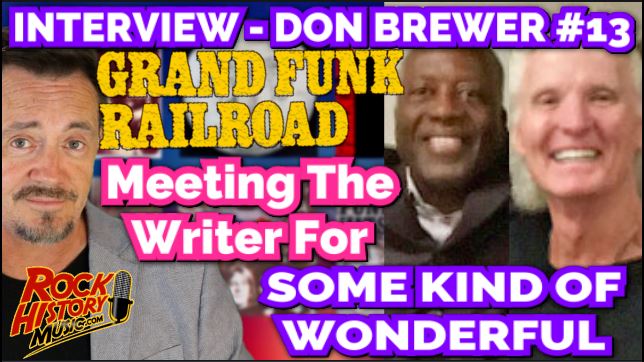 A few months ago Don and Mel of Grand Funk finally met the guy who wrote one of their biggest hits “Some Kind of Wonderful” John Ellison who sang it in his band Soul Brothers Six in 1967. Here’s Don Brewer.