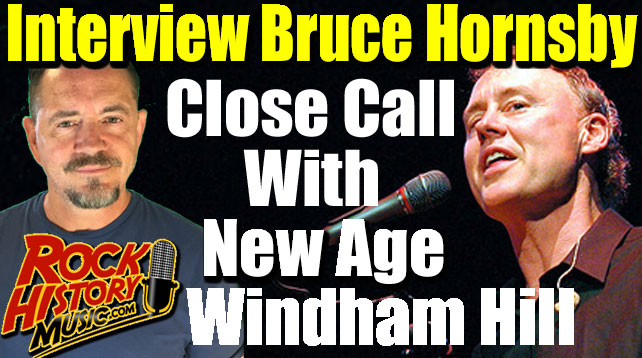 How Bruce Hornsby Almost Signed To A New Age Label in 1986
June 5, 2019 – “Absolute Zero” is the new Bruce Hornsby album. It much more of a solo album than a Noisemakers (his backup band) album and again Bruce has reinvented his sound a little bit as he always does. “Absolute Zero” is that album and it touches on Avant-garde, There an orchestra on some songs, It sounds classical, Blues, Jazz and yes some Pop. It features legendary drummer Jack DeJohnette, Bon Iver’s Justin Vernon among others who was on his last album. This is part one of our Classic Interviews series. In this clip, Bruce talks about almost signing with the most impressive New Age label of all time, Windham Hill. It was a great label run by Will Ackerman and his ex-wife Anne Robinson but maybe too small considering his first few hits.

Bruce Hornsby’s new album is “Absolute Zero.” Go to BruceHornsby.com for more info. We will have more from the great Bruce Hornsby next week. More from our classic interviews series next week. – by John Beaudin