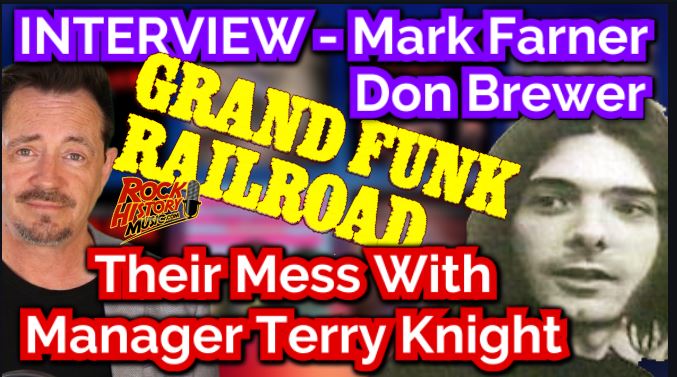 When fans talk about managers who were screwed by their clients the names Grand Funk and Terry Knight often comes up. In the early 70’s after a string of hit albums the power trio wondered where all the money was going. Knight was also their producer and he did lots for this band but the boys in the group were not exactly getting rich. After lawsuits from both sides everything was settles by 1974.

I asked original lead singer and guitarist Mark Farner, knowing what he knows what would he whisper in the ear of his younger self recording that first album, “On Time” in 1969. (Clip MF001)

I also asked Farner was there a specific time that you knew there was something wrong concerning Terry Knight? (Clip MF004)

Grand Funk’s first album without Terry Knight was called, “Phoenix” from 1972. I asked Don Brewer what that was like? (Clip DB004)