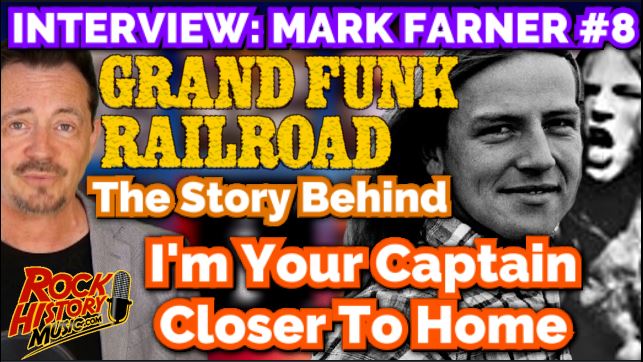 “I’m Your Captain (Closer to Home)” was Grand Funk’s Railroad very first hit. It from the album “Closer to Home” released June 15, 1970. The tune reached #22 on the chart and remains one of their most radio played tunes. I asked Mark about the tune.

There have been a lot of power trios in rock I asked Mark Farner why he thought it clicked so well for Grand Funk.

Next week we will ask both drummer Don Brewer who is running Grand Funk Railroad and former lead singer and guitarist Mark Farner why the original line-up is not getting back together which seems to be what most fans want.