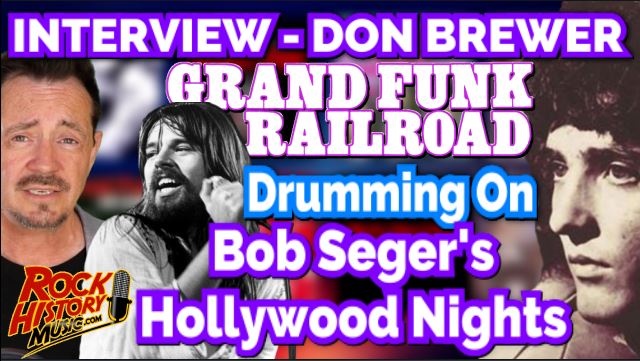 As a former drummer and the father of a kid that is 100 times better at his instrument I know what it’s like to listen to a track in hopes of figuring out what the original drummer was doing. David Teegarden was the drummer in the Silver Bullet band for Bob Seger’s 1978 hit ‘Hollywood Nights” from the album “Stranger in Town.”

In the early 80’s Grand Funk’s Don Brewer joined Bob Seger on the road and the most challenging thing was breaking down what was happening in Hollywood Nights. (Clip DB006)

including “We’re an American Band” and “Shinin’ On”…I asked him how far back he went as a drummer who also sang? (Clip DB003)

Having been on stage since the 60’s there must have been a few faux pas moments he could share? (Clip 016)