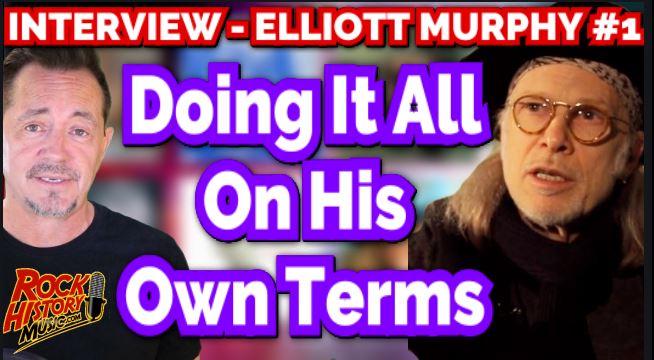 INTERVIEW CLIP #1 Elliott Murphy Embraces Music On His Own Terms

In the seventies I had a friend who introduced me to Elliott Murphy. I remember he said, “You should really get to know this guy…he’s the next big thing. He’s been compared to Bob Dylan” The album he lent me was Murphy’s first album ‘Aquashow’ which was released in 1973. “Last of the Rock Stars” was the opening track and I remember stopping in my tracks and feeling my musical palette was expanding. Rolling Stone magazine had reviewed the album along with Springsteen’s second album “The Wild, the Innocent & the E Street Shuffle” giving them both a Dylan tag. While Springsteen went on to be one of the biggest rock stars in the world Murphy had some bad bounces. A month ago I Googled him and found out that he was alive and well living happily and successfully in Paris.

Here is part one of our conversation with the great Elliott Murphy. I started by telling him that when I first say him on the album cover of Aquashow ,with his brother Matthew sitting behind him, I thought, “man, I want to be that guy.”

For info on go to http://elliottmurphy.com

You can buy the documentary The Second Act Of Elliott Murphy on his website or stream it from Amazon https://www.amazon.com/Second-Act-Elliott-Murphy/dp/B079P59FYW/