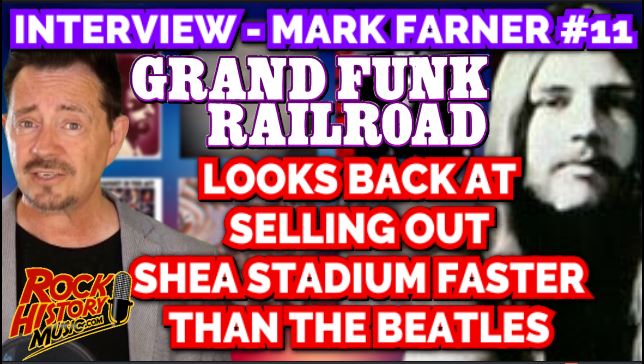 When a band sells out Shea Stadium faster than the Beatles it’s a big deal. Grand Funk did it in 72 hours while the Beatles took a few weeks. Easily they were still not The Beatles but that was pretty cool for a band with just four studio albums at the time.

When I was interviewing Mark Farner I had it in big letter on my pad, “ask him about Shea Stadium!”

A few weeks before talking to Farner I asked Don Brewer who is still in the group. What the 70’s felt like. (Clip DB015)