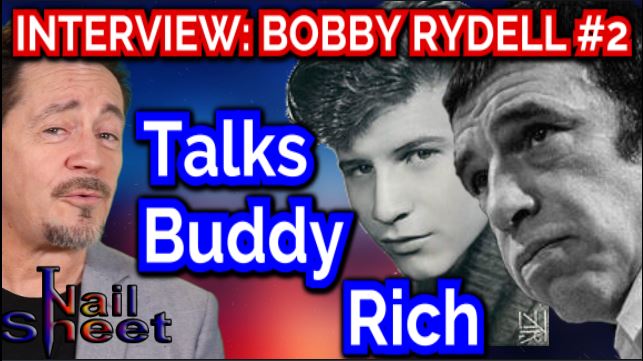 (#2) Bobby Rydell On His Friendship With the Great Buddy Rich
Bobby Rydell was a teen idol before my time. I was around but just a baby when he had hits like :Wild One” and “Volare” in 1960 and “Forget Him” three years later. All three sold a million copies. Rydell had 19 Top 40 hits. Through the years he’s made deep friendships from his childhood Philly friend Frankie Avalon, to his “Bye Bye Birdie” co-star Ann Margret and one of the greatest drummers in the word Buddy Rich. (Clip 003 – 1:53) Buddy Rich died in 1987 – he was 69.