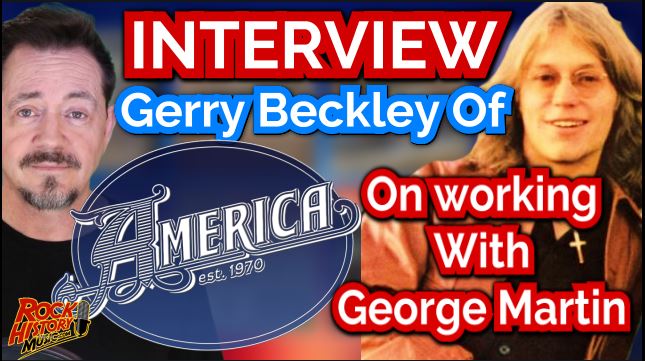 This is the first of five videos on our interview with one of the lead voices of America – Gerry Beckley. I also had a chance to do a long 90 minute interview with Dan Peek who left America in 1977 to go solo. We lost Dan in 2011. We are just cleaning up that interview right now.

In 1974 on their third album “Holiday” America got to work with one of their idols Beatles producer George Martin who produced seven of their albums. Beckley shared a few interesting stories about Martin, who we lost in 2016. First I asked if their parting in 1979 was mutual. (Clip 10)