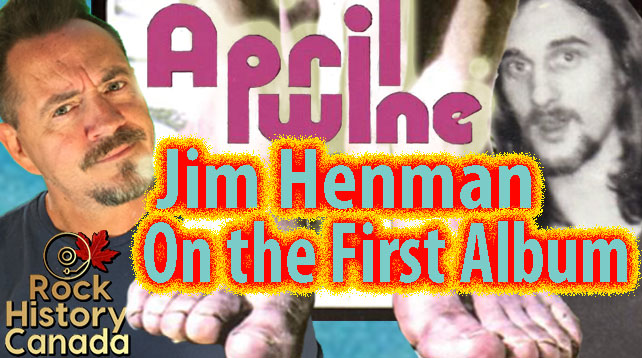 Jim Henman is easily one of my favorite interviews from this year. You can tell he speaks with almost a wink in his eye. He’s a good example of hard times makes good people. Henman speaks with a common man wisdom – he got the lessons and wants to share them but when I asked him about the onl album he ever did with April Wine..that self titled first album he stumbled a bit but he quickly capsulized what that project was about.

Before April Wine both Jim Henman and Myles Goodwyn were in a group called Woddies Termites and I was curious on what was in thier record collections back them.

Watch the video for Jim Henman’s ‘Some of These Children.’ https://www.youtube.com/watch?v=h9j5I3zOtc8&feature=youtu.be

Look for more of our interview with Jim Henman in the next few weeks. There will be a link to his website in the description of this video. Http://jimhenman.com