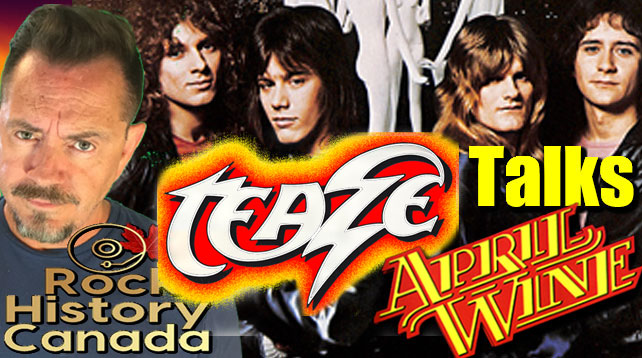 INTERVIEW CLIP-#2- Reunited Band Teaze Give Props To Myles Goodwyn & April Wine
June 29, 2019 – Everyone loves a reunion and lots of fans are pumped with Mark, Brian and Mike of the band Teaze are back at it. They released their last album in “Body Shots” in 1980. This is an 8 part series on the band and on this one, we talk about their label mates in the seventies on Aquarius Records April Wine who went on to become one of the most successful band in Canadian Music history and one of the longest lasting – they are still at it today. In fact, their leader Myles Goodwyn produced their “One Night Stands” album in 1979. I asked Teaze about Goodwyn and April Wine and how about a reunion of the two bands together?