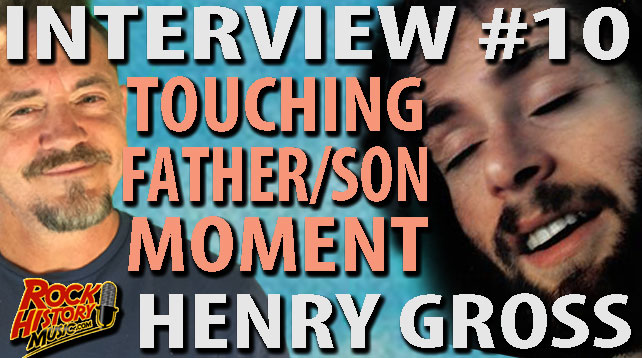 I ask every artist about their parents. Were you close? Were They supportive? Did they get you? I lost my father in 2013 – he was 87. I was always closer to my mom not so much with my father but I loved him. Henry Gross does this one man show called “One Hit Wanderer.” He tells stories and sings songs. There’s one particular memory that he shares about his dad that really got to me. (Clip 026)

We will have more of our interview with Henry Gross. He’s always working on new music. You can order Henry’s albums at HenryGross.com. – by John Beaudin