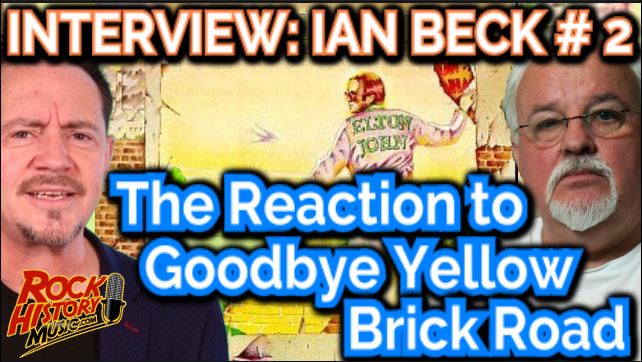 November 10, 208 – 6:00 MSD – Ian Beck has had a long career as an painter, Children’s Illustrator and author. He’s also responsible for one of the most iconic album covers of all time – Elton John’s “Goodbye Yellow Brick Road” from 1973. I asked him what happened after he created that cover. (Clip 002)

We will have more from our conversation with Ian Beck next week. He’s been incredible prolific in his life. He did ads for lots of artists including Ry Cooder, Richie Havens and a David Bowie pic for the cover of Cream Magazine. He was also a successful author. We’ll talk about that later in this three part series. – by John Beaudin