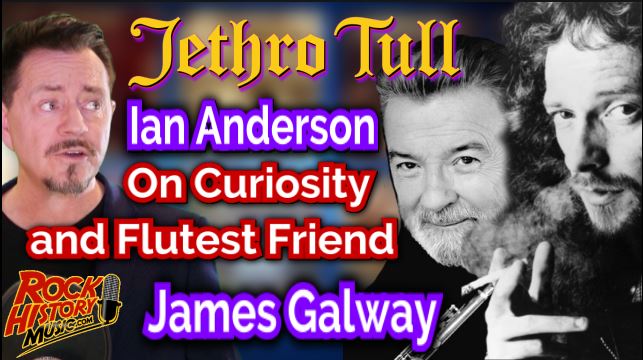 The band Jethro Tull has always been filled with a bunch of adventurous chaps. At the center of that was their leader Ian Anderson who is the only original member of left from the group. I asked Anderson about that sense of adventure and did he have it because, in the beginning, he was still learning the instrument on the go. (Clip 003)