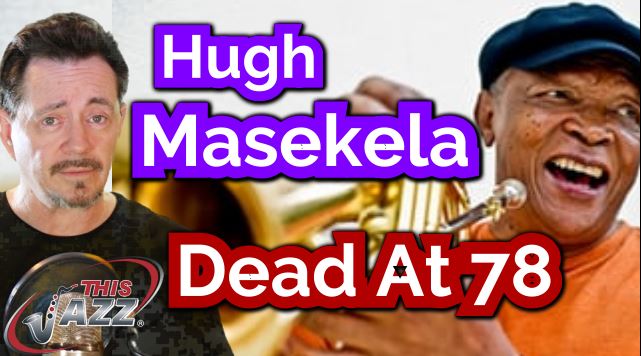 To mainstream fans he was known for his big hit, “Grazing In the Grass” which went to #1. He died today in Johannesburg after a long battle with prostate cancer.

His family posted the following statement. “A loving father, brother, grandfather and friend, our hearts beat with profound loss. Hugh’s global and activist contribution to and participation in the areas of music, theatre, and the arts in general is contained in the minds and memory of millions across six continents and we are blessed and grateful to be part of a life and ever-expanding legacy of love, sharing and vanguard creativity that spans the time and space of six decades.”

Masekela has been playing trumpet since 14 but the apartheid regime made him flee 7 years later to London. He later studied classical trumpet in New York City learning from the likes of Dizzy Gillespie and Louis Armstrong.

He started releasing music in 1962. His repertoire consisted of African music and mixed bag to covers ranging from interpretations of the Beatles, Beach Boys and Aretha Frenklin. He covered the 5th Dimension’s, “Up, Up and Away,” in 1967 and he was heard all over the world the next year with “Grazing In the Grass”

There were over 40 albums and collaborations with Harry Belafonte, the Byrds, Marvin Gaye, Fela Kuti, Paul Simon, Stevie Wonder and Herb Alpert. He fought apartheid throughout his career including releasing protest songs including “Soweto Blues,” and one for Nelson Mandela called “Bring Him Back Home”

Masekela struggled with addiction to alcohol and cocaine from the 70’s to the 90’s. – by John Beaudin