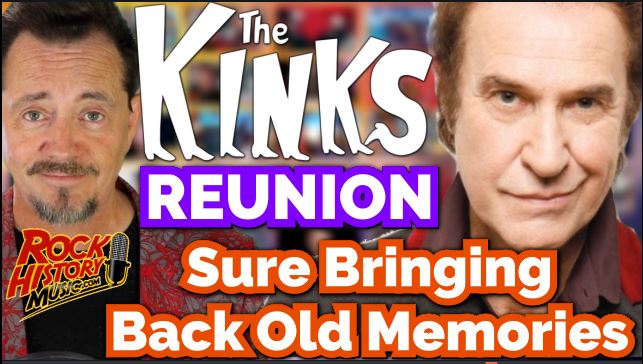 The Kinks are doing what we wished a lot of classic bands would do – get back together.

Ray Davies told the BBC, “it’s the right time to do it” talking about the reunion and they may even play live.

Ray Davies is famous for having spats with his younger brother Dave. The tension between them in legendary but he says they have been working together in the studio with longtime drummer Mick Avory who was with them for 20 years.

Interestingly Ray says, “The trouble is, the two remaining members – my brother Dave and Mick – never got along very well,” he added. “But I’ve made that work in the studio and it’s fired me up to make them play harder, and with fire.”

Ray also said, “I’ve got all these songs that I wrote for the band when we – not broke up – parted company, It won’t be well-organized like the Rolling Stones. You must praise the Rolling Stones for being great at publicity and a great band great at organizing their careers and Mick [Jagger] has done an incredible PR job and it’s kind of inspiring to see them doing it.”

When he was pressed about the reunion as official the singer said, “Officially we are… in the pub later on.” and as for live shows he joked, “probably be playing the local bar.”

The Davies brothers haven’t performed together since 1996.

We just checked Spotify today Their most played tunes are…

Their early bassist Pete Quaife died in 2010 at 66 and another bassist Jim Rodford died in January of this year at 76.

It’s been over 20 years and there may be more on the way from the Kinks. Ray Davies is 74, Ray Davies is 71 and Mick Avory is 74. They still got something to share.

Ray Davies will release “Our Country: Americana II,” the sequel to his 2017 album featuring the Jayhawks this week.

I remember being at party with a lot of radio people in the 80’s. We all worked for different radio stations. There was a lot of competition in the room – a lot “one-up·man·ship” was happening in the room. The guy who owned the house had this ultimate stereo system, a late 70’s 9000 series Sansui Receiver with JBL L100 speakers. One of the best stereo systems I ever heard but all he played all night were the Kinks. It was the summer of 1983. The kinks had just released the album “State of Confusion” which featured one of their biggest U.S. hits ‘Come Dancing’ which tied with their 1965 song “Tired of Waiting for You” which also peaked at #6. I remember the host trying to tell everyone that they were a “You Really Got Me’/’Lola’ type band that was their sweet spot – that was their range. Then, this gorgeous young lady said, “You mean that Van Halen song”? I swear we could see veins in the guys forehead swell. At that instant half of the room congregated to the patio. He was the biggest Kinks fan I ever met. When I heard this news today I thought of him. – by John Beaudin