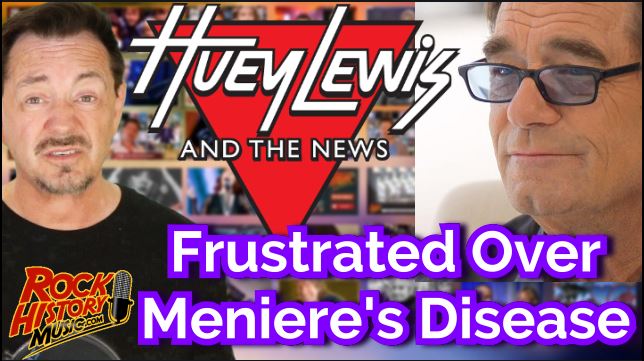 In the last month we got some disturbing news from Huey Lewis, he told NBC’s Today show, “As I walked to the stage. I thought there was a jet engine going on, I knew something was wrong. I couldn’t find pitch. (It was a) distorted nightmare. The singer added that he could hear only the bass, there was bass everywhere.”

Lewis says he can hear anyone in conversation, he can talk on the phone but he can’t sing or hear the music adding, “I can do anything except what I love to do the most. Which is a drag.

He says, “The bad news about Meniere’s is they don’t know what it is, It’s a syndrome based on symptoms and it affects people differently and all the can come up with for treatment is diet (like) no caffeine and lower salt and keep your fingers crossed.” Lewis reminds us that, so far, there is no cure and this can get better sometimes but for him it hasn’t yet.

The entire 2018 tour had to be canceled and that’s tough, “We’ve been dong this for forty years,” says Lewis, “We have great relationships around the country with all these venues, promotors and out fans, we have the best fans in the world. We get so many letter of support , texts and emails, clearly we’re no spring chickens but I’ve always prided myself on being reliable. I’m not the greatest singer in the world but I’m reliable. I’ve canceled 5 gigs in my life n 40 years maybe. I just feel terrible and U really feel bad for my guys, my team. We’ve been doing this for so many years.” They have a new album almost finished. It should be released this year. – by John Beaudin