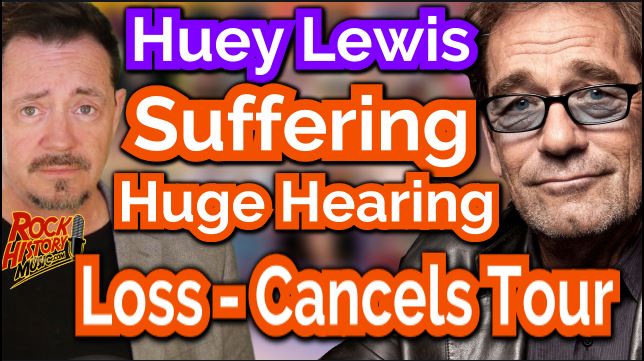 The 67-year-old singer has been hit hard with Meniere’s disease, an inner ear condition. He says he feels “horrible” about the cancellations. The band had to cancel all remaining tour dates this year.

Lewis posted the following statement on Twitter, saying: “Two and a half months ago, just before a show in Dallas, I lost most of my hearing. Although I can still hear a little, one on one, and on the phone, I can’t hear music well enough to sing. The lower frequencies distort violently making it impossible to find pitch.”

“The doctors believe I have Meniere’s disease and have agreed that I can’t perform until I improve, Therefore the only prudent thing to do is to cancel all future shows. Needless to say, I feel horrible about this and wish to sincerely apologies to all the fans who’ve already bought tickets and were planning to come see us.

“I’m going to concentrate on getting better and hope that one day soon I’ll be able to perform again.”