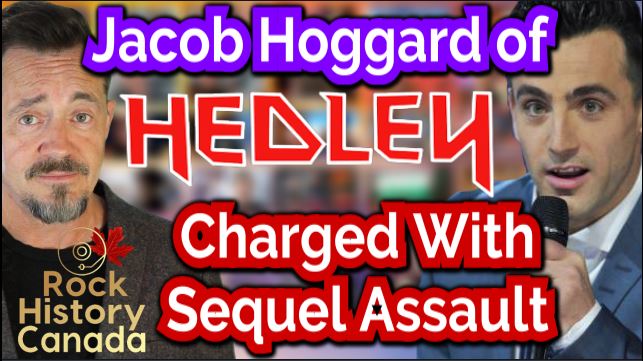 They are one of Canada’s biggest band he’s the lead singer. Toronto police say the charge is a reult of a 4-month investigation. Hoggard, who is 34, turned himself in this morning.

He’s been charged with two counts of sexual assault causing bodily harm and one count of sexual interference. Under the Criminal Code, the charge of sexual interference is only laid if the alleged victim is under the age of 16. Hoggard is accused of sexually assaulting two women on separate occasions while in Toronto. We do know that one of them is a 24-year old Ottawa woman who first met the singer in 2016 via Tinder and claims she was raped.

These allegations where in full force during their last earlier this year with some people using the twitter hashtag #OutHedley2K18. The band also decided to go on hiatus aftet this.

According to the Police statement they are concerned there may be more victims.

Hedley have seven studio albums all of them have reached the Top 10 on the Canadian albums chart. Their “Hello” album reached #1 in 2015. They have 18 Canadian Top 40 Hits. – by John Beaudin