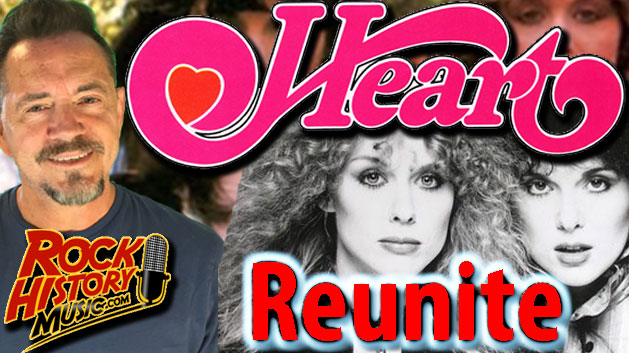 We heard the sisters Ann and Nancy were talking but it turns out there were many conversations leading up to this reunion that will have them together for 39 shows sharing the bill with Joan Jett and Sheryl Crow this summer.

The tour is names after a tune from, arguable their best album, “Little Queen” from 1977 – “Love Alive.” It’s a fitting name after the ladies had a huge falling out after Ann’s husband got into a scuffle with Nancy’s teenage twin boys. The pair have been inseparable all their lives so we knew it was only a matter of time before they talked and tried to resolve the situation. The groups been on hiatus since 2016.

The 2019 summer “Love Alive” tour kicks off July 9 in St. Louis, and ends Sept. 9 at the Hollywood Bowl in Los Angeles. Brandi Carlile, who won three Grammys last night will also be on selected dates.

Nancy said in a new release, “I think the tour will spark some positive new energy as we rediscover some of our iconic songs and also some fan favourites, Calling the tour ‘Love Alive’ was something Ann and I felt instantly good about.” – By John Beaudin

For tour dates for to https://www.heart-music.com/reveal