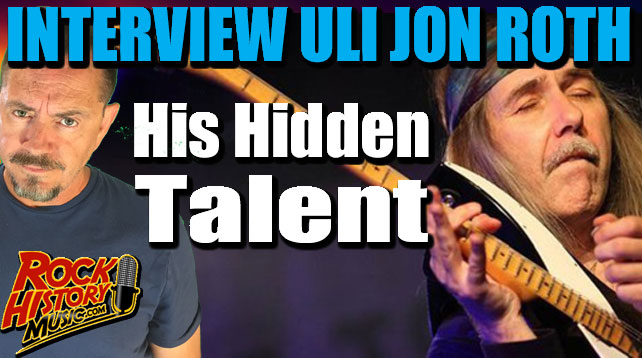 Interview Clip #6- Guitarist Uli Jon Roth Has a Hidden Talent
May 30, 2019 – I like to ask many musicians, “if it wouldn’t have been music, what would you have done?” But usually by the end of the interview that usually comes up..other talents.