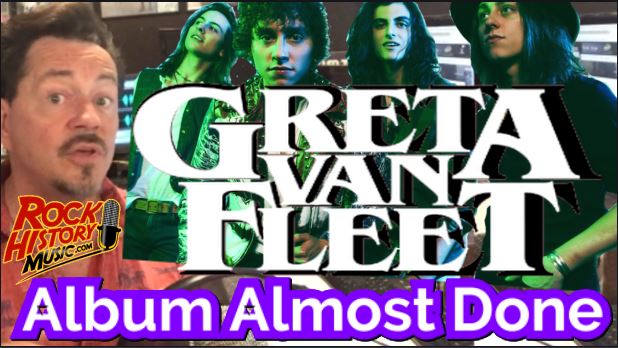 The prediction from the bands guitarist Jake Kiszka has gone from “absolutely” this year to late summer concerning this album. He says the album is almost done and they are in the mixing process.

So what will the album sound like? Jake says each one of them has their own set of influences, “Every one of our songs has its own unique complexities and we’d like for the full album to showcase that diversity, let people see what we can really do.”

His brother, bassist Sam Kiszka, added: “We had all these songs we wrote three to five years ago that we were just going to put on the album. It very quickly became all new material, so I’d say about three-quarters of the songs are songs we wrote in the studio,” The recording took two weeks.

Robert Plant just tipped his hat to the band while winking the acknowledgment that Greta was obviously influenced by Zeppelin.

Thanks for all the feedback on our last story on Greta Van Fleet. In that one we asked how you felt about the band. 99% was positive. Is it because there is not enough young bands like them out there or are they that good? It seems more the latter according to the fans. – by John Beaudin