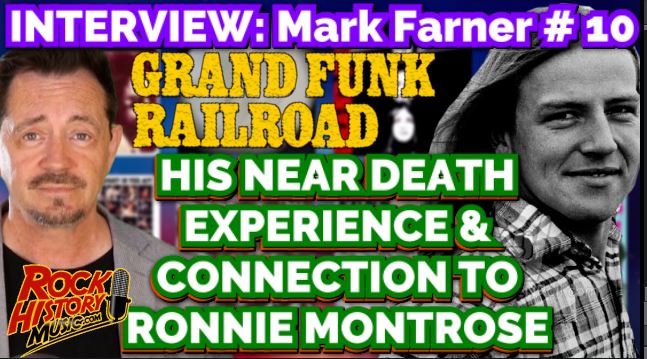 Not many rockers have lived the life of former grand Funk Railroad singer/guitarist Mark Farner. In the 70’s this band lived large. They knew all about the excesses of Rock and Roll but by the late 90’s, after a few reunions, Farner was gone from Grand Funk.

The singer has had heart troubles for quite a few years and says just a few years ago he had an NDE – a near death Experience which he says brought him closer to his maker. (Clip MF008)

It’s always a touchy subject asking a musician to describe a serious medical issue but we did. Interestingly he conversation led to the late Ronnie Montrose. (Clip MF010)