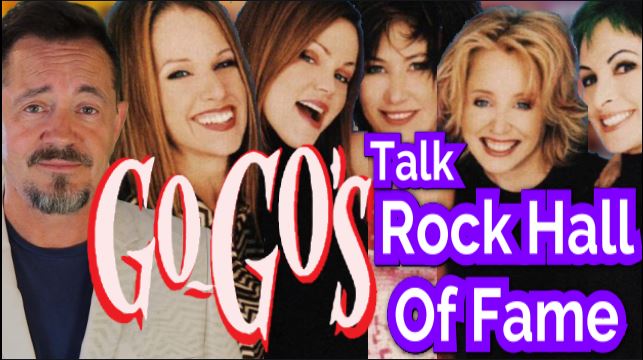 The Go Go’s Hit Broadway & Look Back At Some Drama

The Go Go’s have come to broadways with a new musical called “Head Over Heels” set in the Elizabethan era. The band started in 1978.

One of the most successful female band in the history of Rock and Roll. Belinda Carlisle said, no record executive would touch them because they were girls.

The band had five Top 40 hits, “Our Lips Are Sealed” and “We Got The Beat” in 1981, “Vacation” came in 1982, the ladies say if you remember the video of them waterskiing you might want to look it up on YouTube again since they told CBS they were all sloshed during the water scene. The shoot took 14 hours, they got bored and drank. After that one the band had two more hits both in 1984 with “Head Over Heels: and “Turn To You.” Interestingly they only had four studio album.

In the interview Jane Wiedlin says the band is like a “five-headed monster together that like a ball of energy that can be a force for good or a force for evil.” Besides the drugs and alcohol abuse there were the fights – the rip/roaring fights. They would throw stuff at each other. Wiedlin says, we’d always keep hurting each other and keep forgiving each other and healing and trying to grow and that how I feel that we all are at this point.

What about the Rock and Roll Hall of Fame? Wiedlin says, “You can’t take away the fact that we were the very first successful all female band that wrote all their own songs and played all their own instruments.” The Bangles came in 1982. They had 8 Top 40 tune including two #1, something the Go Go’s never had – they came close, “We Got the Beat” peaked at #2. The Bangles also employed a lot of studio musicians on their albums, even though all the girls did play but, in the 80’s, there is only a sax guest on one album. The Go Go’s debut album did go to #1 in the U.S. The highest the Bangles got was a #2 album. Then there’s the Runaways, Joan Jett and were inducted in 2015 but though groundbreaking the ladies were a little rough around the edges back then and they were not successful. They didn’t sell a lot but they did play their own stuff. – by John Beaudin