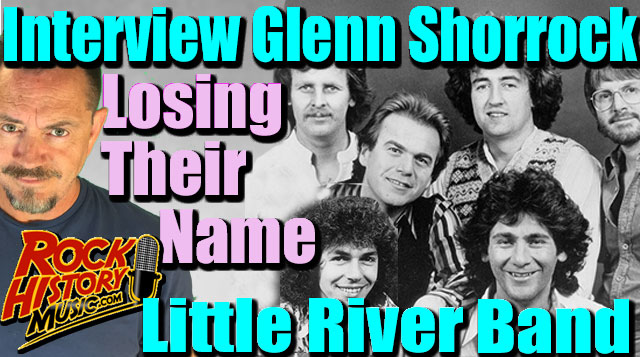 Interview Clip #7- Glenn Shorrock on Little River Band losing Their Name
June 29, 2019 – Former Little River Band member Stephen Housden owns the name Little River Band. He ended up being the last man standing in the band and by default got the rights to the trademark. It was fought in court but none of the core members of the Little River band can tour under that moniker. The guy who sang their hit “The Night Owls” is really the only recognizable member in the current LRB making many fans call them a covers band. We talked to Glenn about that.

CHECK OUT THE VIDEO FOR THIS STORY https://youtu.be/-U3x9PPk1kU