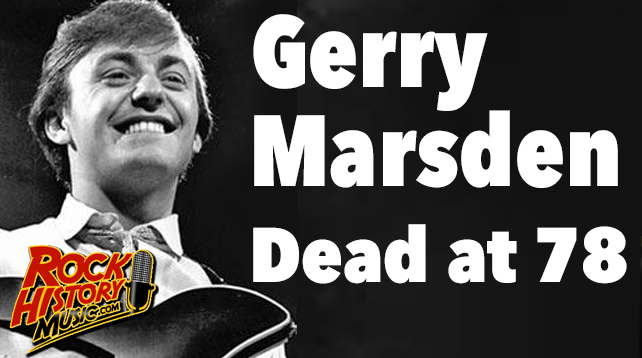 January 3, 2021 – Gerry And The Pacemakers popular frontman Gerry Marsden has died at the age of 78.

The singer shot to fame in the 1960s as the leader of the Merseybeat band when the whole world was watching and listening.

Gerry and the Pacemakers had huge hits like “You’ll Never Walk Alone,” “Ferry Cross the Mersey” and “Don’t Let the Sun Catch You Crying,” They even rivaled the Beatles in the early part of their career.

According to sourced he died after a short illness.