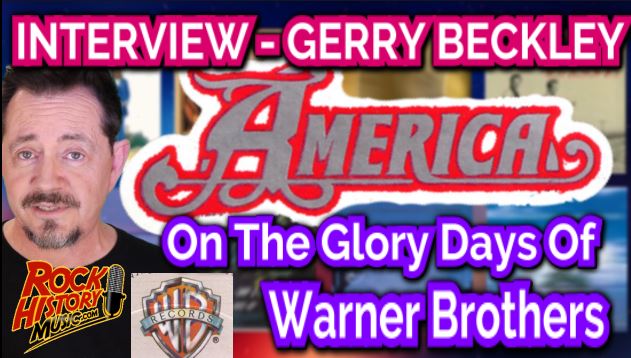 Their first 8 albums which included their Greatest hits collection ‘History” in 1975 were all hits. That “best of” went 4 times platinum in the US, and six time platinum in Australia. The group worked hard to get there. Gerry Beckley talked about that amazing creative atmosphere at Warner Brothers in the 70’s where artists, that were sometimes called “prestige acts,” would maintain that strong creative vein even if they were not big sellers. (Clip 011)

I told Gerry Beckley it must be hard to narrow down what songs America can play in concert with such a huge body of work. (Clip 007)

Beckley says they also want to play deep tracks in concert but they can;t forget the bigger hits. (Clip 6)

America are currently on tour. Go to VenturaHighway.com for details. We are cleaning up an interview we did with Dan Peek who left America in 1977 before he died in 2011. Look for that in the coming weeks. – by John Beaudin