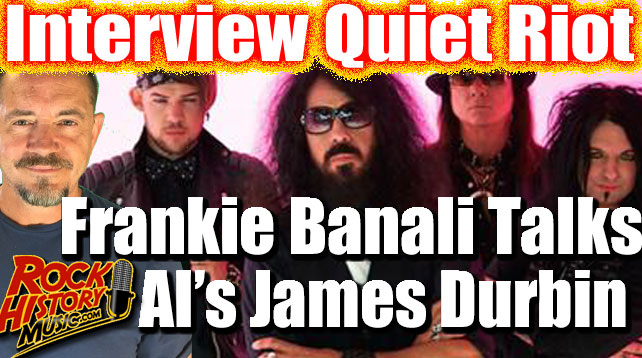 Interview Clip #1- Frankie Banali Talks About Quiet Riots American idol Lead Singer James Durbin
June 19, 2019 – He came in fourth place for season 10 and James Durbin has been the lead singer of Quiet Riot for the last two years. The band’s drummer Frankie Banali was at first surprised that his singer came from a show he didn’t watch.

CHECK OUT THE VIDEO FOR THIS STORY https://youtu.be/Qb78wnZWarM

The newest live album and DVD from Quiet Riot is “One Night In Milan” and unlike some, so-called live projects, this one is all according to Frankie Banali.
You can pick up the new live album “One Night In Milan” and the Quiet Riot documentary signed by Frankie Banali via their website. The link will be in the description of this video.
https://quietriot.band – by John Beaudin