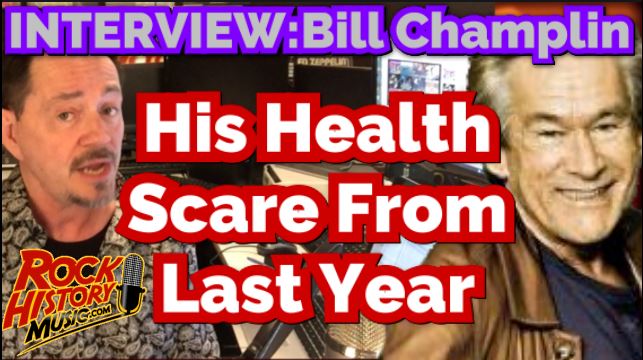 Most lovers of Classic Rock are getting to an age where anything can break down. Now, think about our heroes who easily have 10-20 years on us. Former Chicago singer Bill Champlin had his own scare last year which led him to have chemo and a lot of recovery time. We asked him for an update on his health.

For info on his new album go to http://billchamplin.com

CHECK OUT A SAMPLE OF THESE NEW BILL CHAMPLIN ‘WUNDERGROUND’ TUNES