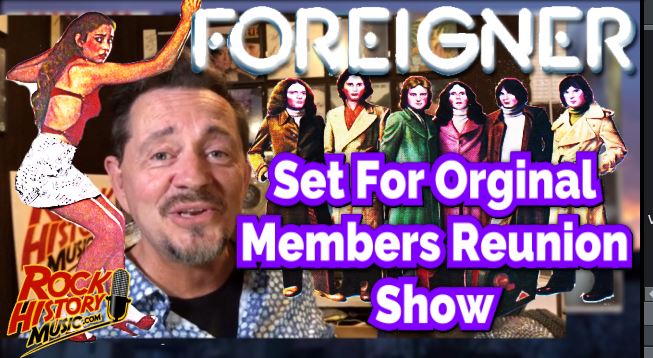 Foreigner leader Mick Jones announced it via a press release a few hours ago. Lou Gramm, Dennis Elliott, Al Greenwood, Ian McDonald and Rick Wills will be on stage together along with the current members of the band. Original bassist Ed Gagliardi died of cancer in 2014.

The reunion show will be at Buffalo Chip Rally in Sturgis, South Dakota on Aug. 4th. They are calling the show Foreigner’s “first-ever ticketed reunion concert.” The other reunions in the past were surprise visits here and there.

Jones said, “It’s been incredible to have Lou, Dennis, Al, Ian and Rick join us for some surprise appearances throughout the past few years, It always brings back special memories. But now, for the first time, we are letting our fans know we’ll be making history together at the Buffalo Chip on Aug. 4 with a Foreigner reunion concert, and we hope they’ll come on down to Sturgis and join us!”

The whole show has a motorcycle theme and also features Kid Rock, Lynyrd Skynyrd and Queensryche.

Lou Gramm was set to join the band last Tuesday in Syracuse but had to cancel because of illness.

Foreigner are doing a summer tour with Whitesnake. – by John Beaudin