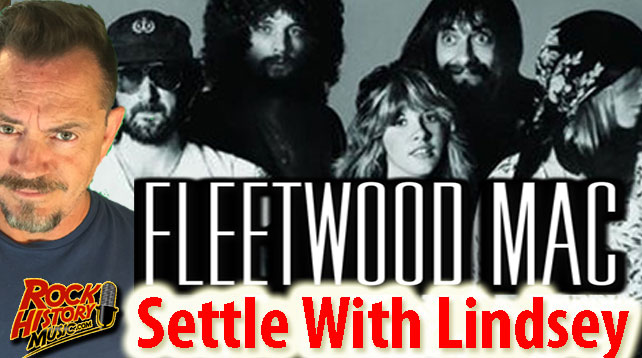 Buckingham Told CBS News, “I’m happy enough with it. I’m not out there trying to twist the knife at all,”

December 9, 2018 – It feels like the final signature in a divorce. Lindsey Buckingham was on CBS This Morning yesterday with surprising news that the lawsuit he launched in October of this year had already been settled. The singer and singer who was a big part of Fleetwood Mac getting a new life in the mid-seventies was let go from the band last January. The lawsuit was alleging breach of fiduciary duty and breach of oral contract, etc. The band countered by releasing a statement that read, “Fleetwood Mac strongly disputes the allegations presented in Mr. Buckingham’s complaint.”

Buckingham said he’s only heard from one member of the band and that’s Christine McVie who he released as duo album with in 2017. “I have had, only in the last couple of weeks, I have gotten an email, which I expected to get, from Christine McVie, She wrote me an email and basically said, ‘Dearest Lindsey, just know that I had nothing to do with any of this. Know that I miss you so much.’ She said, ‘I believe deep in Stevie’s heart that she would like you to come home.’” It’s been reported that it was Steve Nicks that got him fired. They have a long dramatic history going back to when they were a couple. They both joined Fleetwood Mac on New Years eve of 1974.

The interview did offer an olive branch Buckingham did say he’d be open to some sort of reunion in the future if the timing is right. “I’m pretty much figuring that I won’t because a lot of people who know how convoluted Fleetwood Mac’s politics have been will say two years from now they’re gonna… and I’m like, ‘I’m not so sure.’ You know, it’s something is a little different this time.”

He also performed three songs, “Treason,” “Big Love” and “Turn It On” on the program. There will be links in the description of this video. – by John Beaudin

Here is the original video from CBS https://www.cbsnews.com/news/lindsey-buckingham-settles-suit-with-fleetwood-mac-says-stevie-nicks-is-behind-his-firing/