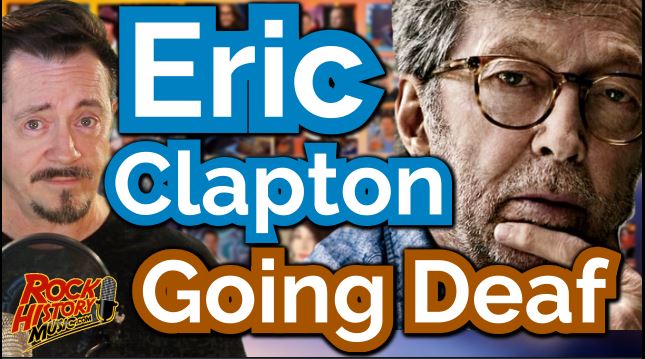 The guitar legend will turn 73 on March 30th this year and there’s bound to be some things that a simple tune-up just wont fix. As we reported last year Clapton hands and back were affected his back and hands which made it challanging to play guitar. Now the rock legend says he’s been suffering from Tinnitus which is the perception of noise or ringing in the ears and sometimes causing hearing loss.

He told the BBC he did consider quiting for a short time but, “I am still going to work. I’m doing a few gigs, The only thing I’m concerned with now is being in my 70s and being able to be proficient.I mean, I’m going deaf; I’ve got tinnitus. My hands just about work, I mean, I am hoping that people will come along and see me [for] more than [because] I am a curiosity. I know that is part of it, because it’s amazing to myself that I am still here.”

So far Clapton only has one show booked this year – British Summer Time Festival at Hyde Park in July.

He’s already left more for us than most Rock and roll legends. He was one of the best guitarist on the planet involved with some groundbreaking acts like The Yardbird, Cream, Blind Faith, Derek and the Dominos and a fruitful solo career which included lots of colaberastions.

There’s a new documentary on Clapton called , “Life in 12 Bars. Set to air on Showtime on Feb. 10 this year. – by John Beaudin