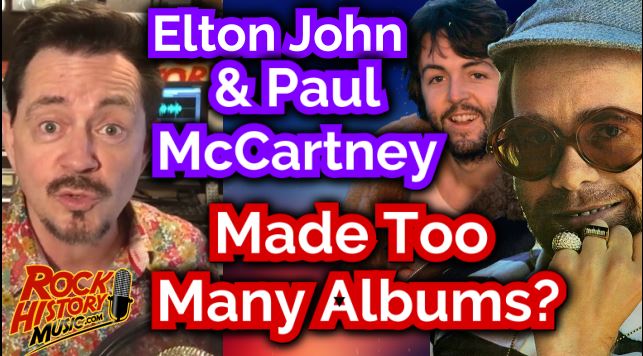 Lillywhite appearing on The Music’s latest Producer Series podcast and said, “I’m a big believer in artists who don’t clog up the airwaves with new music just because they think they must release a new album, I love Paul McCartney, I love Elton John… I think they’ve made too many albums. Someone like Billy Joel, who I’m not a big fan of, but he’s a good songwriter; he has not made an album for 20 years [excluding the 2001 Joel-composed classical LP, Fantasies & Delusions] because he hasn’t really thought of what he wants to say.”

Lillywhite has worked with Chris Cornell, Counting Crows, Crowded House, Dave Matthews Band, Peter Gabriel, The Killers, The Stones, U2, XTC among others.

Elton John has 30 studio albums. His last was “Wonderful Crazy Night” in 2016 and McCartney has just as much counting solo and Wings. His last was “New” in 2013 and he’s working on a new one.

Lillywhite was also asked if he’d work with Queen and Adam Lambert on a new album to which he replied, “I wouldn’t ever say never. With Queen, if they decided they wanted to make a new album, I would trust them in the fact that they believed they could make a good album,” – by John Beaudin