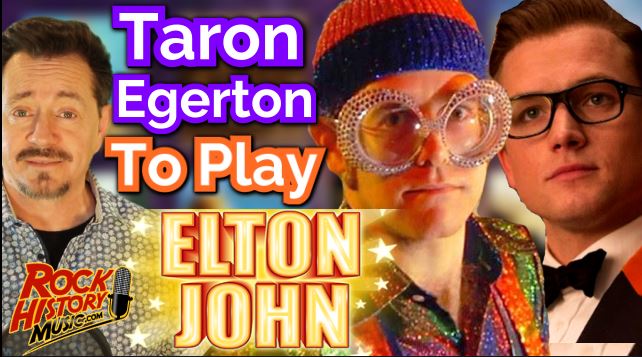 It’s about time. There’s a movie on the way about Elton’s rise to fame called “Rocketman.” Twenty-eight-year-old Egerton will also sing Elton’s songs in the movie.

“I think it’s the challenge for the actor to embody the spirit and not get into thinking they have to do an impersonation.”

Furnish says, “When I played the songs for Elton, he was blown away, really blown away.”

The film which was originally set to star Tom Hardy has been in development since 2011.

It will feature Elton’s early days in music through to his recovery from drug and alcohol addiction in the 1990s. They wanted a real depiction.. warts and all.