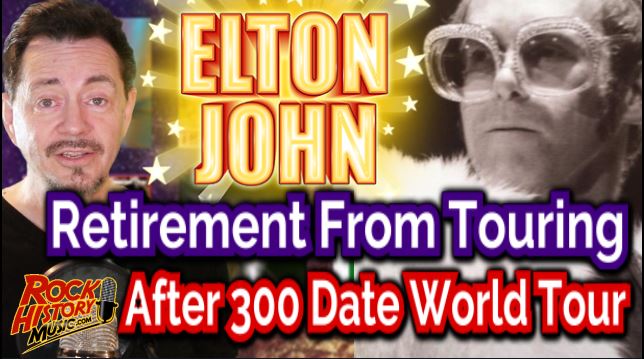 Elton has been teasing a famous line from his hit 1973 hit “Goodbye Yellow Brick Road” “I’ve finally decided my future lies” on his website. Many thought retirement since the next line in the song is “Beyond The Yellow Brick Road.”

The presentation started with this amazing animated presentation looking back at his career leading to Elton behind his piano in New York City singing “Tiny Dancer” from 1971 and his fourth album “Madman Across The Water” “ followed by his the 1983 hit “I’m Still Standing” from “Two Low For Zero.” Then he told Anderson Cooper that he’s decided to stop touring and this next stint would be his last saying the priorities in his life had changed because of his kids. He added he wanted to say thanks to his friends around the world. The tour will take around three years. It’s a 300 date tour. He pointed out that the rumors that he was ill were untrue since who can do 300 shows if your sick. He says when the tour stops they will be 8 and 10. It will be called “The Farewell Goodbye Yellow Brick Road Tour.” It will feature the biggest production that’s he’s ever featured in concert – it will be big.

The tour starts in Allentown Pennsylvania. North American ticket sales kick off on February 2nd. He did point out that he’s not pulling a Cher this is real concert retirement.

Elton says he will be releasing more new music in the future there just wont be touring anymore.

It’s been a tough week with news that Neil Diamond had to retire from touring after being diagnosed with Parkinson’s disease. – by John Beaudin