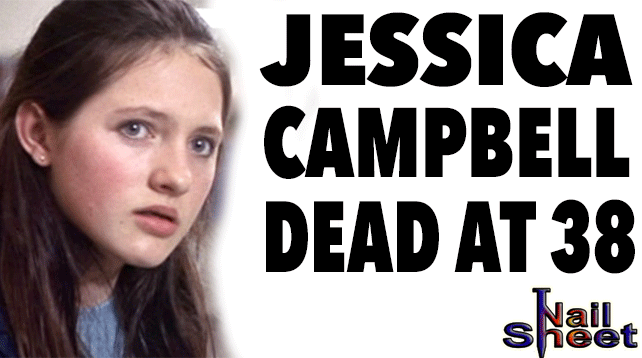 January 13, 2021 – The autopsy report has not come in yet for former actress Jessica Campbell and family and friends alike are asking why a seemingly healthy 38-year-old would drop down dead. Campbell did however state to her family that she was suffering from Covid-19 symptoms.

Best known for the movie “Election”(1999) also starring Reese Witherspoon and Matthew Broderick she also appeared in “Junk”(2002) and the eclaimed TV series “Freaks and Geeks” (2000) among others.