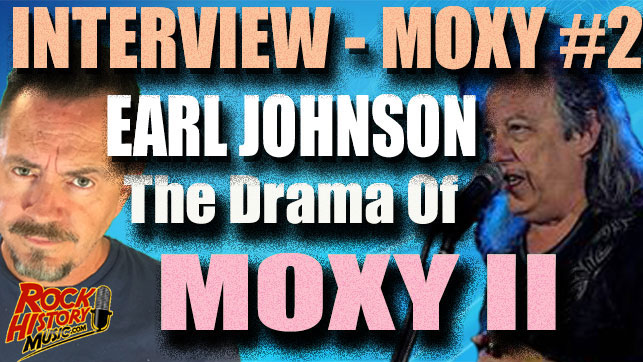 In our last clip we talked to Earl Johnson about the his disappointment with the band replacing him on the guitar leads on more than half of their debut album. That one was recorded in 73/74 and released the following year. Now we move on to Moxy II, their sophomore album. I asked Earl Johnson about the atmosphere this time around.

We will have more of our interview with Moxy’s Earl Johnson next week.