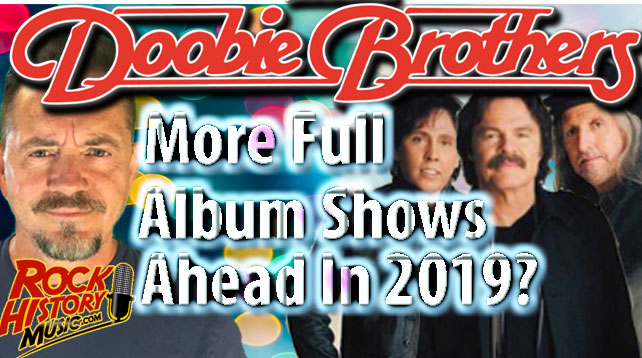 The Doobie Brothers Could be searching deeper next year with “whole album” performances. Their lead singer had a few thing to say about 2019.

The Doobie Brothers Looking At More Full Album Shows The band just wrapped up their 2018 tour dates at the Beacon Theatre in New York City where they performed two albums in their entirety – 1972’s Toulouse Street and 1973’s The Captain and Me and the concerts were recorded for future release. Now the Doobie Brothers are considering doing it again with different albums. Lead singer Tom Johnston told ABC Radio, “People have talked about doing it…at other places. We’ll see what happens. None of that has been written in stone yet.”

The Doobie Brothers had their sweet spot between their second album “Toulouse Street” as mentioned from 72 and “One Step Closer” in 1980. Interestingly the band was popular with both phases with Johnston and Michael McDonald on lead vocals. Johnston left in the mid-seventies and cane back in 1987. He said, “I’m not really sure which albums we would do, We could move into 1974’s “What Were Once Vices Are Now Habits” and 1975’s “Stampede”…But once again, that all has yet to be figured out.” – by John Beaudin