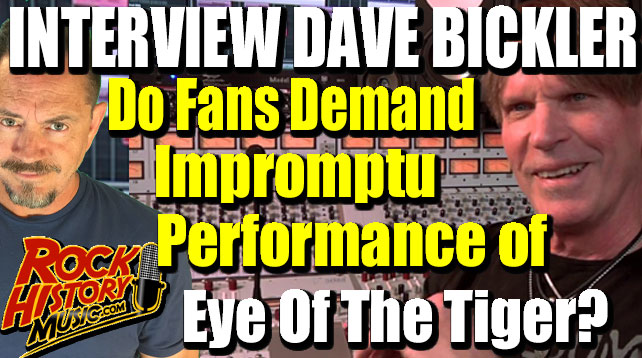 Interview Clip #6- So Does Everyone Demand Dave Bickler Sing “Eye Of The Tiger” In Public?
July 16, 2019 – As we’ve mentioned in this video series, Surrender’s “Eye of the Tiger” spent six weeks in the #1 spot and was the second biggest song of 1982 after Olivia Newton John’s “Physical.” “Eye of the Tiger” was a phenomenon. Just mention the name and you want to sing it….so do People on the street ask him to sing the tune?

CHECK OUT THE VIDEO FOR THIS STORY https://youtu.be/yohFfgkdCh0

To be clear Dave Bickler is not in Survivor anymore. I wanted to hear a certain moment in time around that era of the band. When surrender was on top of the word what were they listening to?

Dave Bickler, who is no longer in Survivor, has just released one of my favorite albums of the year called “Darklight.” It’s an album that I highly recommend. Every tune sounds like a single. Go to
http://DaveBickler.com