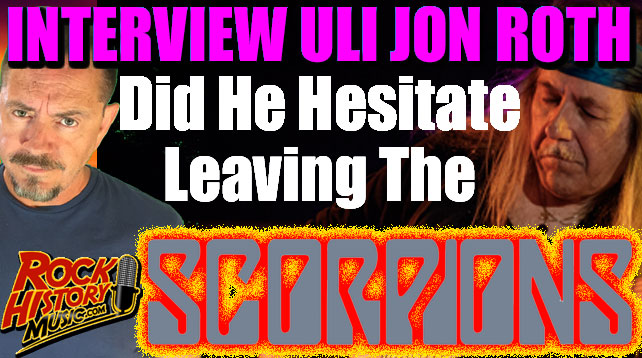 Interview # 5 – Did Uli Jon Roth Have Any Hesitation In Leaving The Scorpions?
May 23, 2019 – Leaving a big band is not easy and it’s not always the right things to do but Uli had plans. I asked him if there was any hesitation in his steps as he walked away from the Scorpions?