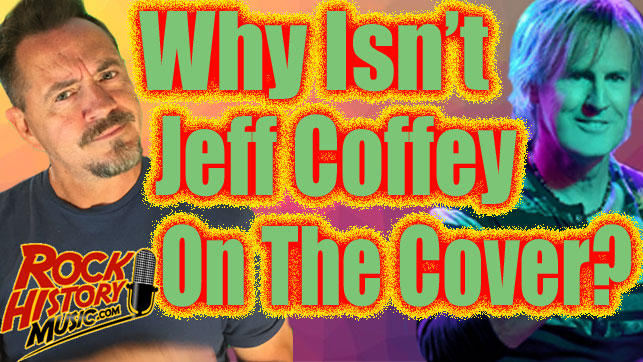 One never has to look very far to look for drama in Rock and Roll but it seems like Chicago has more bad blood with another former member – Singer/bassist Jeff Coffey.

This is a bit strange. The band Chicago have two new live albums coming out on Rhino Records on October 26thof this year. Greatest Hits Live featuring 13 tunes recorded while vocalist Jeff Coffey was still in the band (he left in Jan, 2018) and their 1970 Isle of Wight set. It’s the former that many fans are talking about. It seems that Coffey is absent from the cover. Some say he was photoshopped out? Why was this necessary? It’s another chapter with the band and bad blood with former members.

This is what the new online petition says, “The legendary band, ‘CHICAGO’, will release their new album through RHINO Records on 10/26/2018. Bassist/Vocalist, Jeff Coffey, was deliberately removed from the album’s cover. Along with playing bass throughout, he is a featured vocalist on 9 of the 14 album cuts. Jeff’s time with the band ended prior to this release, thus seeing no value in including his likeness along with everyone else. This is unacceptable to many. Please sign if you are a dedicated CHICAGO fan who will not consider this release as legitimate or for purchase, unless the cover is corrected. Either a proper/fully representative band shot or a classic-style CHICAGO logo in place of stage shots.” You can check it out here