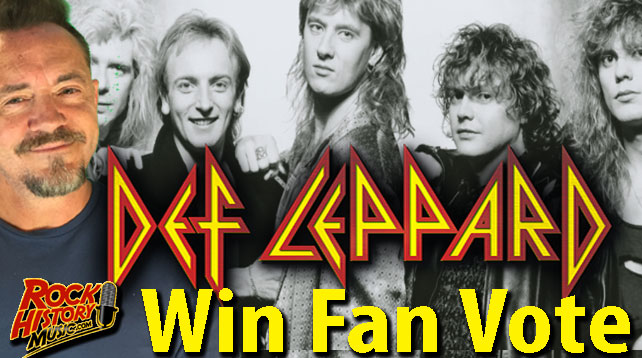 Def Leppard’s chances of being inducted into the Rock Hall Of Fame have just gone way up with the band garnering the most votes.

December 11, 2018 – It sure looks like Def Leppard will get into the Rock and Roll Hall of Fame after they easily won the fan vote almost 120 Thousand votes

Def Leppard lead singer Joe Elliott told Ultimate Classic Rock, “Let’s not get too excited, The nomination in one thing, being inducted is another. Essentially, it’s worth one-thousandth of the entire vote, so it’s not worth a great deal numerically speaking. … The other 999 [voters] have got no option but to take notice of it.” Since the fan vote was introduced in 2012 every act that’s won the fan vote has been inducted. The other votes come from artists and industry folks.

The official class of 2019 will be announced Dec 13 with the ceremony taking place March 29 in New York. – by John Beaudin