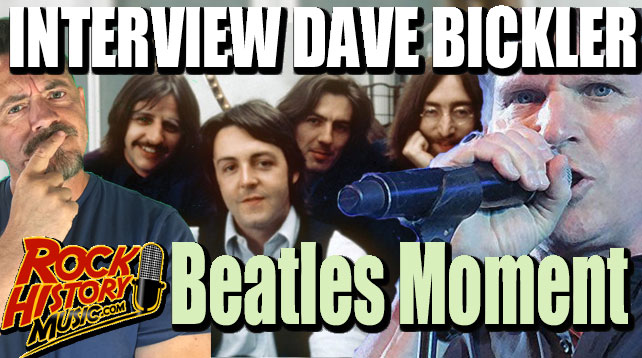 Interview #5- We Asked Dave Bickler About his Personal Beatles Moment & His Favourite Member
July 9, 2019 – When I was 7-years-old living in Montreal I remember one of my neighbors bringing out a tiny record player and playing a Beatles album. I remember it sounded like sing-a-long music so I don’t think it was Sgt Peppers probably the “I Want to Hold Your Hand” stuff. So, I love Beatles moments. I ask everyone I interview about the Beatles.

CHECK OUT THE VIDEO FOR THIS STORY https://youtu.be/lWvZib1vyQg

And if all four Beatles were still alive who would he want to work with?

Dave Bickler, who is no longer in Survivor, has just released one of my favorite albums of the year called “Darklight.” It’s an album that I highly recommend. Every tune sounds like a single. Go to
http://DaveBickler.com

We will have more of our conversation with Dave Next Tuesday. – by John Beaudin