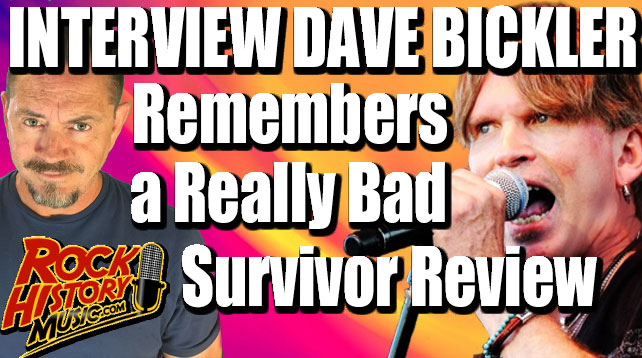 Interview Clip #7- Dave Bickler On One Of The Worst Reviews Of Survivor
July 23, 2019 – I was a music critic for quite a few years for a print magazine in Vancouver. It was a small magazine but it had great circulation in the lower mainland. When I didn’t like something I would get angry emails. As you know I ask many artists about negative press and how they deal with sometimes overly harsh comments. Dave Bickler shares a doozy.
Clip 020 (:53)
We suck up as much music as we can before we leave home. There’s a lot of learning that goes on if we are paying attention, during our teenage years. So I asked Dave Bickler what was in his LP collection by the time he left home.