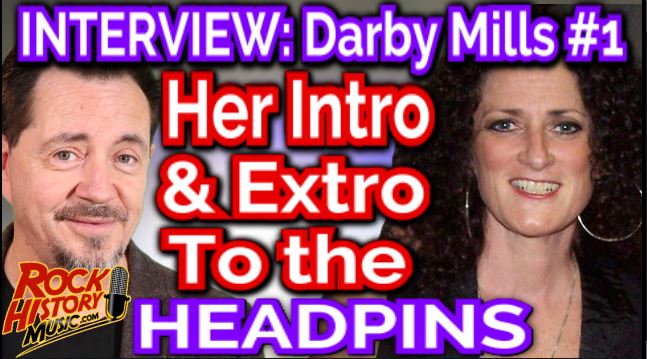 Darby Mills On the Beginning of the Headpins and Her Exit (#1) Darby Mills is the real deal in rock. They don’t call you the “Queen of Scream” for nothing. As the lead singer for the Headpins they came out of the gate in the early 80’s selling 600 thousand copies of their debut album, “Turn It Loud” in their native Canada and 1 million world wide. Now Darby is solo with a new life album and a remastered version of her solo album “Never Look Back” rereleased as “Flying Solo.” We asked Darby about the beginning of the Headpins and her exit for a second time. (Clip 002) (Clip 003)

To order Darby Mill’s music go to DarbyMills.com look for the store on her site where you can also order her handmade jewelry and look for concert updates. We will have more from Darby on our sister channel Rock History Canada starting today and in the coming weeks. – by John Beaudin