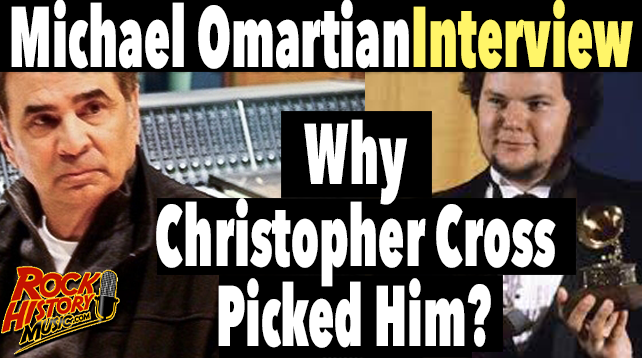 Famous Producer Michael Omartian (Peter Cetera, Rod Stewart, Vince Gill, Shania Twain, Boz Scaggs, Donna Summer, Richard Marx, Michael McDonald, etc) was just switching over from session guy to producer when he noticed the talent of Christopher Cross. The singer had been sending in demos for a few years but it took Omartian’s ear to notice tunes like “Sailing,” and “Ride Like the Wind” to get the ball rolling but it wasn’t that easy. Cross wanted no part of Omartian as a producer until he checked out his resume and one particular band.

John Beaudin has been in major market radio (Edmonton, Vancouver & Calgary) for 35 years and a music journalist since 1989. He graduated from Broadcasting school as a newsman so he would have the skills to write about the artists that inspired him since he bought his first Elton John album as a teen. In the ’80s Beaudin was the host of the syndicated radio show ‚ÄúThe Cross Canada Report‚Äù which had two versions (Rock and A/C). Beaudin was also asked to be a judge at the Juno Awards (Canada’s answer to the Grammys) Twice. He has anchored every position in radio including morning and afternoon drive and was a Program and Music Director for The Breeze and California 103 in Calgary. He currently hosts the popular Lovesongs at QM-FM in Vancouver and on iHeartRadio.